A time to listen 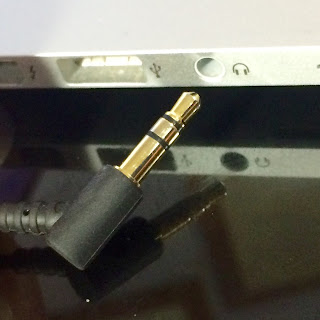 I used to run with earphones and listen to music. I do not anymore. On one level, it's a safety issue. I would like to be fully aware of my surroundings and be able to react accordingly. When I run on streets and sidewalks, I would like to hear if a car is coming or if a fellow runner or biker wants to pass me. When I'm on the trails, I certainly would like to hear it if a bear or a moose is close by.

There is also a deeper level to my giving-up earphones, one that's more spiritual. I've said before that running for me is a spiritual discipline (read here). When I run, I am able to commune with God. A long run allows me to clear my mind and process my thoughts and emotions. There is something about the sound of my feet hitting the ground in sync with my breathing that soothes and centers me. To that cadence, I say a mantra that's based on Philippians 4:13, my life verse. Having earphones and music would not allow me to that. On this level, I would like to be fully aware of what God is saying to me while we commune.

"There is a time to speak and a time to listen." (Ecclesiastes 3:7b, my paraphrase). And I believe the time to listen is now. During the season of Advent we are called to wait and to "be still and know that God is God." And as we pause and reflect, I believe we are also called to listen.

In the Bible, much of God’s activity is through voice. The creation story tells us that God spoke the world into order. “Let there be light. And there was light. Let there be this… Let there be that…" Speaking was understood as an activity of God. God was a voice. God spoke to people. That’s why we verses like “Hear, O Israel,” and “The Lord is in his Holy Temple, let all the earth keep silent before him,” and “Thus says the Lord,” and “Let him who has ears let him hear.” Because God connected to people by speech, by sound, by voice, people were called to listen to God.

Do I actually believe that people heard God’s voice speaking to them directly? Absolutely! Why not? I think to believe otherwise is to limit God’s ability to connect with us. Besides, I’ve known people who clearly heard God’s voice.

My grandmother suffered through a marriage that was plagued by my grandfather’s infidelity. Yet she stuck it out with him until his death. She was a very prayerful woman, waking up everyday at 3:00 a.m. to "talk to God." Shortly after my grandfather died, she told me that in one of her prayer moments, she heard a voice telling her, “Elay, your burdens have now been lifted.” And I believed her. I still do. God speaks to people.

But, there’s another aspect to God’s speaking to us. Apart from hearing God in the spiritual, supernatural realm, we can hear God in daily, ordinary life experiences. When I read the Bible and of God speaking to people, I see it, too, as people understanding their circumstances and their situations, and making sense of the voices and sounds around them as the voice of God.

Leonard Sweet, in his book "Nudge: Awakening Each Other to the God Who's Already There," says that to hear God is to be open to the possibility that God may be speaking to you in and through everything that you would least expect God to use. A baby crying. A fire engine’s siren. An unexpected remark from someone. A bell that says your not wearing your seatbelts. The first step to hear God is openness to the possibility that “it might be God.”

Hearing God is listening with our hearts and minds, watching out for God in the sounds we hear and asking, "What is God trying to say to me?" And sometimes, it is hard to filter through all the sounds, to hear the voice of God when there is just too much noise. For with all the noise that we are exposed to, silence is now a "commodity” that we have to pay big bucks for in order to have.

Sweet suggests we take time to turn-off the noise in our lives so that we can hear God. What are the "noise makers" that we need to turn-off, in order to hear God’s voice more clearly? Technology? Screens? The 1001 things on our to-do lists?

And often we have to admit that the noise and the voice we need to turn-off, is our very own.

One of my pet peeves is when people are quick to speak but slow to listen in conversations. Sometimes it comes by way of an insincere yet incessant "uh-uh", pretending to be listening but actually sounding more like "Keep going. Are you done? Now, listen to what I have to say." Other times, I just get cut-off mid-sentence. It's as if they're saying that what they have to say is more important than what I am already saying. It’s even worse when they try to finish my sentences for me as if to say that they already know what I will be saying. And even if half the time they actually do know what I'll be saying, can't I at least finish my sentence and train of thought (which I so carefully crafted in my mind, translating from my native language to English)?

Thomas Hawkins said, “Listening involves suspending our own thoughts, opinions and agendas, being receptive and entering momentarily into the speaker’s life, world and experience.”

Sometimes we just cut God off mid-sentence, finishing it off with our own words, acting like we already know what God is trying to say and wanting us to do. In listening with our hearts and minds, we are called to suspend our own thoughts, opinions and agendas and receive openly what God has to say.

And when we have turned-off the noise, Sweet says, we have to tune-in. Remember how we used to tune in to a radio station? We fiddle with the dial, fine tuning it until we find the right setting where there was no static. Nowadays, of course it’s all programmed, on the web and digital.

But we aren’t digital, and so we have to tune-in daily to God’s frequency. And the way to do that is with what we call spiritual practices or spiritual disciplines- prayer, searching scriptures, worship, fasting, fellowship, acts of mercy and justice. Through these practices, we are able to tune-in to God’s station and are able to hear God’s voice clearly. These practices give us the tools to discern if a sound is the voice of God or not.

What do we need to unplug and turn-off in order to tune-in to God?

The season of Advent is a season of watching and waiting. It is a time of sitting with our hopes and fears, our prayers and and our deepest desires. It is also a time of deep listening to the God who continues to speak to us even now. May it be so.

I pray that this Advent season would be a meaningful time of hopeful anticipation and deep listening for all of us. For there is a time to speak and a time to listen. And the time to listen, to God, is always now.

Your fellow disciple,
Carlo
Posted by Carlo A. Rapanut at 1:13 PM